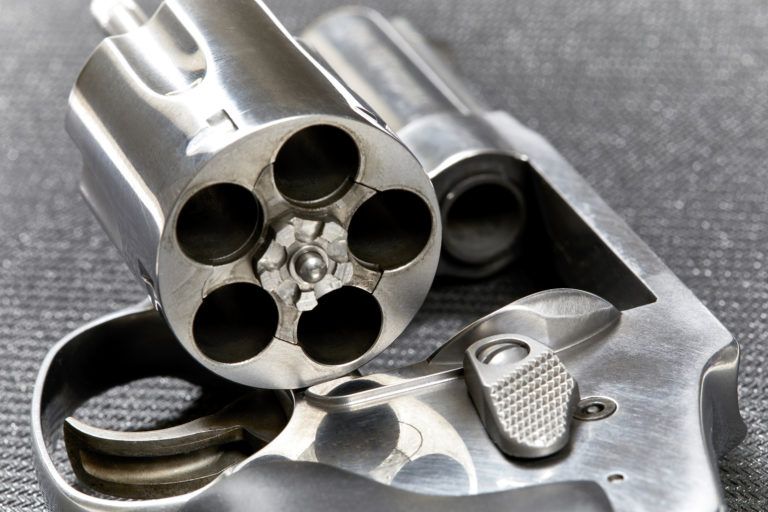 This revolver is a GP100 .357 Magnum made by Ruger. I bought this revolver several years ago during a brief period of time when some state laws concerning the application and approval process for carrying concealed weapons had lapsed or something. So, for about a year, anyone with 10 dollars and a state issued ID could get a permit to carry a concealed weapon in the state of Minnesota. Even though I thought it was pretty cool that I could carry a loaded concealed handgun, I rarely used it—only during a couple times when walking the dog late at night. But that’s about it. When it came time to renew, I passed on it.

The tools that I use for this article are at the bottom of the page. These are essentially all that you will need. The revolver cleaning kit comes for each specific caliber of revolver. This one works for a .357, .38, or 9mm as they are all nearly the same caliber. The pocket-sized kits should be clearly labeled for the specific calibers. The larger cleaning kits should have all the calibers, but check to make sure.

Steps to Cleaning a Revolver

Tips for Cleaning Your Revolver The revolver cleaning kit is essential if you want to clean your revolver properly. Each caliber of revolver needs its own size cleaning tools. So, if you have multiple revolvers, you may want to buy the large kit. A bore solvent like Hoppe’s Number 9 will be the easiest way to remove fouling and copper dust from the bore of your revolver. Be sure to let it soak in before brushing it out. Multiple applications may be required to remove all the fouling. You can find Hoppe’s Bench Rest No. 9 from Amazon. Remington Gun Oil works well for lubrication and protection from rust. Make sure to use the thin straw attachment when applying a single drop to the action areas of your revolver. Remember that excess oil is not a good thing.