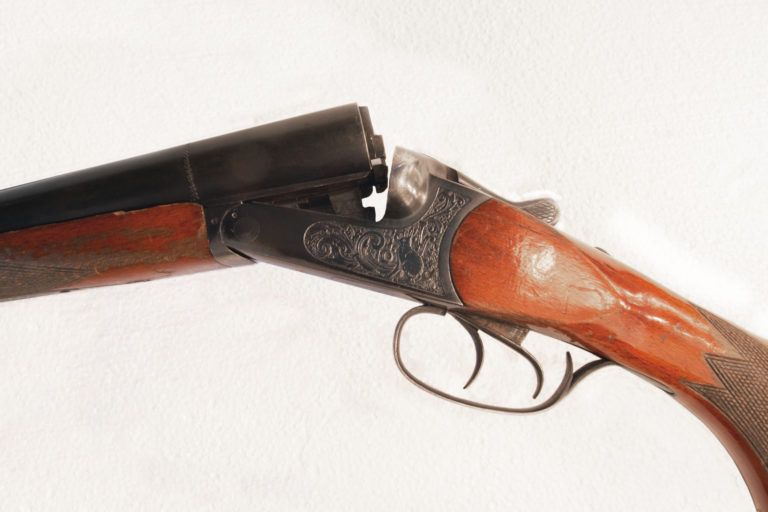 Cleaning a shotgun is an often-overlooked simple procedure that can add life to your weapon. You should clean your shotgun each time you fire it. If you put the gun away without cleaning and oiling it, you run the risk of developing rust on your gun. The double-barreled shotgun is the easiest shotgun to disassemble and clean. It breaks into three basic pieces. And if you have the proper cleaning equipment, you will be able to fully clean and oil your gun in a few minutes—a few minutes that may add a few years to your weapon’s life.

At the bottom of the page, you will see a few basic items that are necessary for cleaning a gun. There are also some things that are not necessary but make the job easier, the first being a gun vise. With a gun vise keeping the gun stationary, it will be much easier to clean. But it is not necessary. An old blanket will work too. That is what I used. I believe those gun vices are a few bucks.

Steps to Clean a Double-Barreled Shotgun

Tips for Cleaning Your Shotgun

The best gun oil on the market is made by Hoppe’s. This lubricating oil is essential to prevent rust on your guns after they have been cleaned, especially if they are going to be stored for a few months. It is widely available at every sporting goods store. The best cleaning solvent is Hoppe’s 9. The solvent breaks up stuck-on fouling inside the barrel. The solvent will also break up any gunk inside the trigger assembly or on the outside of your gun. This solvent is also widely available at every sporting goods store ever. You can find Hoppe’s 9 Cleaning Solvent at Amazon. When shopping for a cleaning kit, look for one that has multi-sized mops, brushes, and jags. Many of the cleaning kits do not have the jags necessary to properly remove the fouling after the barrel has been brushed. You may even have to get the jags separately, as I have only seen a couple kits that have them and they were way overpriced—over a hundred bucks. But when you buy the jags separately, they are only 13 dollars.