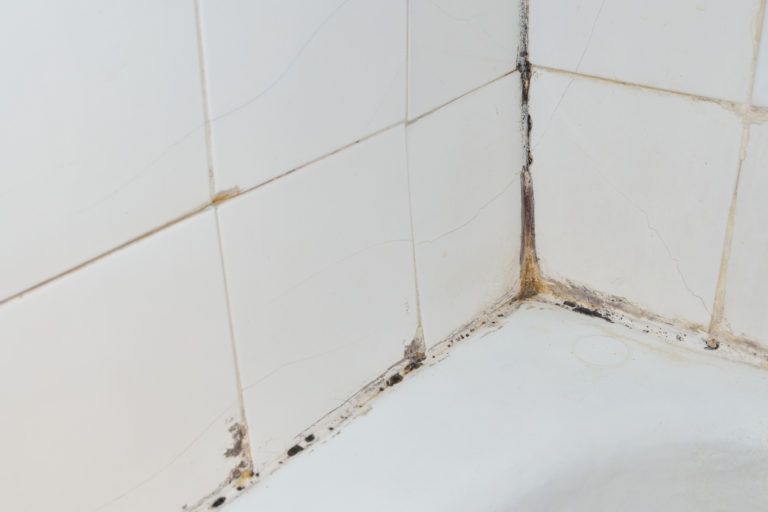 A botanist will tell you that “mildew” is mold that grows on plants, and they’d be right; however, the word has been hijacked by bathrooms, window sills, basements, and other areas that have a hard time staying dry. You’ve probably seen mildew in overcrowded gardens. There isn’t enough air flow and the sun doesn’t reach everything, and the continuous moisture causes mold to develop. And so it makes sense the word “mildew” is now synonymous with bathrooms, which are unavoidably exposed to sustained moisture. What is the difference between mold and mildew? Nothing. Mold is just called mildew depending on where in your house it is found. You’ll notice that mildew odor has that same pungent, musty flavor as the “mold” found elsewhere in your home.

Mildew removal is important because of the damage it can do to you and your home. Mildew stains surfaces and over time weakens (eats) structures. Research is ongoing as to how mold affects people beyond allergies, but some molds that produce “mycotoxins” allegedly can cause respiratory problems and may be carcinogenic. Below you can learn how to clean mildew without bringing apocalyptic chemicals into your home.

How to Clean Mildew: Moldy Caulk

No, I’m not talking about an STD. The trouble with bathroom mildew is that if the problem has been left unchecked on caulking for some time, you’ll just have to remove the caulking completely. It will be impossible to clean and it will deteriorate and break apart, letting moisture into the walls. Though it’s an added hassle in the fight to clean mildew, it isn’t hard. You’ll need a mask and gloves, and some vinegar wouldn’t hurt. Spray the caulking with vinegar as usual and scrape it away with a flat-head screwdriver. Rather than let the caulk chunks (also not related to STDs) float down the drain, I tossed them in a garbage bag and sealed it when I was finished. Let the tub sit for a day or so to dry completely – a fan may help with this. Don’t wait too long to apply some fresh caulking, however, as without the barrier you’ll end up with moisture and then mold in your walls. If you want to learn more about mold and mildew removal, I’ve written another page on the topic. With bathroom mildew, a lazy or clogged exhaust fan is usually the culprit. You should always run your exhaust fan during and after a shower, but one could run ours forever with little effect. Getting the vent fixed is high on our priority list, but until we can, running a box fan will keep the moisture from getting out of control. Left without good circulation, the mildew will quickly return. Running an air conditioner and/or a dehumidifier is a great way to prevent mold and mildew. Keeping your home at a reasonable humidity level will go a long way in preventing mold and mildew. The EPA advises people to strive for 30 – 50 percent relative humidity. Be sure to clean your dehumidifier, or it will become a great target for mold growth. If you want to monitor the relative humidity in your home, purchase a quality hygrometer. Go get yourself a quality shower squeegee to combat bathroom mildew. Using a squeegee on linoleum or tile is a great way to reduce standing moisture. It’s quick, somewhat fun, and the handle doubles as a microphone, if you’re into that. Shower sprays have come into vogue, but filling a spray bottle with vinegar is a better idea, and it’s much cheaper.