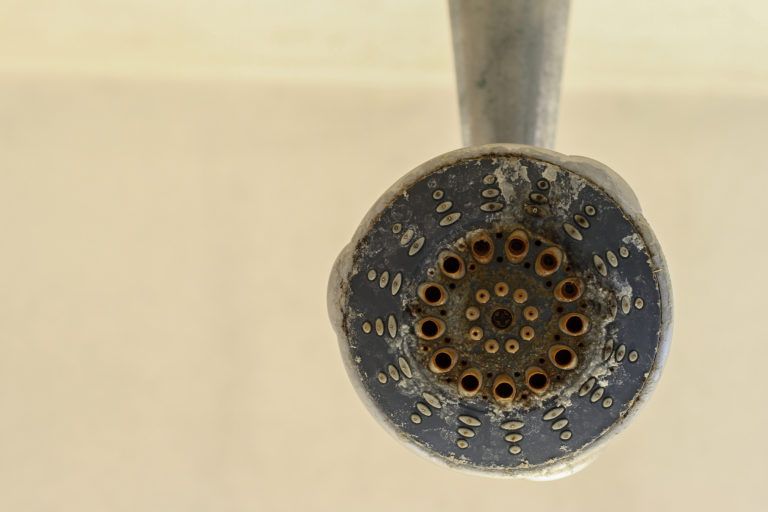 When people want to learn how to clean a shower head, they’re usually not looking for ways to make it shine. Any bathroom cleaner will work to make chrome, nickel, or even plastic bright and new. People are searching for ways to get their water pressure back. They’re tired of leaving the bathroom with shampoo and conditioner in their hair. Below I’ll show you how to clean a shower head using two very popular, environmentally friendly methods. You will have yet another reason to keep a healthy supply of vinegar on hand.

Shower Heads in the News?

In the fall of 2009, researchers at the University of Colorado found that shower heads are a breeding ground for certain bacteria, such as microbacterium avium. These nasty little guys are small enough to be turned into an aerosol and ingested into the lungs. What’s more, killing them is nigh impossible. Not even bleach – the hydrogen bomb of cleaning – did the trick. For healthy people, this is no big deal. Your immune system will open-hand slap the bacteria and force them to make sandwiches for your white blood cells. Still, if your shower head is full of slime and gunk, you may want to pick up a new one (clean this shower head regularly). Forget plastic. Buy an all-metal shower head, as they are more resistant to bacteria build-up. If your immune system is a concern, you can buy shower heads with disposable filters. If these aren’t to your liking, replace your shower head every six months. CLR. Calcium, Lime, and Rust Cleaner is just as effective as vinegar. It can effectively clean a shower head, but it is useful for many tasks around the house. CLR is purportedly eco-friendly. They claim that their products contain “non-organic phosphates, hazardous solvents, or environmentally harmful surfactants.” Of course, like many commercial products, their exact formula is proprietary. You can order CLR from Amazon. Eco-friendly shower heads.Clean shower head, clean conscience. Showers present the biggest waste of water in most households. Using a flow-restricting shower head can reduce your daily water use up to three to four gallons. With one of these, you’ll save money and the environment. Just make sure not to throw away your old one. Metal can be recycled, and Restore or any home salvage shop will put it to good use and keep it from the landfill. Padded plumbing pliers.Sure, you could pick these up on alliteration grounds alone, but they are also quite useful. Any time you’re working with faucets, shower heads, or fragile pipes, you’re going to want one of these.